Blog
eTraverse / blog / PHP vs. Python: Which One to Choose for Web Development?
Apr 29 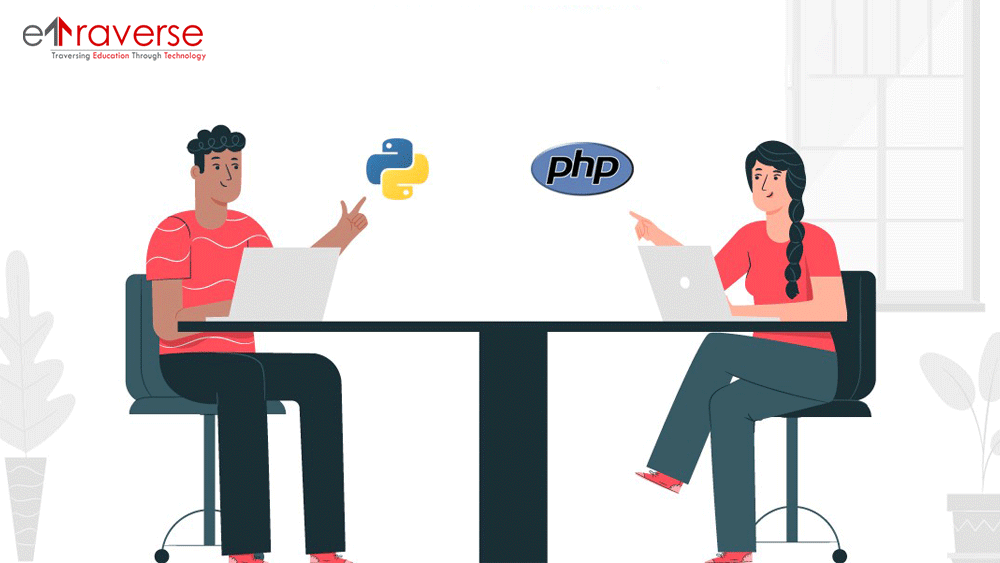 PHP vs. Python: Which One to Choose for Web Development?

Your search to choose between PHP and Python for web development ends here. With over a dozen programming languages for backend web and mobile app development, these two stand out from the crowd. For over a quarter of a century, a cold war has existed between the two to be the ideal choice for web development.

In this digitalized world, sites or apps are the faces of any business. Hence all the companies want to have attractive and functional sites and apps without which they cannot sustain or succeed. So, it is not only you but many who want to know whether to use PHP or Python for backend web and app development, and only the best PHP developer in South Africa could have the answer for it.

Out of the two parts of web development, the frontend or client-side focus on the structure, behavior, appearance, content, and others that client can see on the display of sites and mobile apps. But the backend or the server-side is indispensable for the site or app to be the backbone or the foundation to make the frontend work properly. It organizes and stores data, enables writing APIs, creates libraries, etc., to manage the core functionality of the sites or apps. It is here that the ongoing fight between PHP VS Python has continued for over two decades. The best Python development services can help you choose the right one per your requirements.

So, check out PHP and Python and the differences in using them for web development to choose the right one from the best PHP developer in South Africa.

Python developed before PHP in 1989; it gained momentum only from 2000 to evolve continuously to be a strong contender for it. It is another high-level programming language that is interpreted, object-oriented, general-purpose, and has dynamic semantics. Python 2.0 in 2000 with Unicode support feature made this programming language best for app and web development. A few popular sites using Python include Google, Instagram, Netflix, Spotify, Uber, Pinterest, Lyft, Reddit, etc.

Which is better – PHP VS Python for web development?

The debate between PHP and Python has continued unabated among developers to use the right one for web development. Let us check out the differences between the two on many parameters to decide the best.

Until PHP 7 release, Python was the fast programming language, but now PHP is three times faster than Python and other languages. Even though PHP restarts the entire application at all web requests, it has enough speed to be the winner as far as performance.

Both PHP and Python are the oldest languages for backend web development. They enjoy tremendous community support if nearly 80% of the sites use PHP, famous sites like Google, Instagram, etc. Hence there is no clear winner between the two regarding community support.

Complexity or ease of use

Since both languages are object-oriented, they are compatible with operating systems, but it is different in ease of use. PHP with a rigid syntax makes it complex and hard to understand, whereas Python has high readability for easy to understand. Also, the Python codes are easy to read and interpret, making Python the winner as far as ease of use.

Python has more ML or machine learning libraries than PHP, and with many organizations wanting to invest in ML web applications, Python is the clear winner with library support. Also, because of Python, using Pip or Pip install Python to manage packages simple, fast, and as per the projects’ requirements.

Since both python and PHP use debuggers like PDB Python debugger and XDebug with powerful debugging features, there is no clear winner here. It is also because even though PHP requires an additional setup for debugging, it is easy compared to the no such setup required for Python.

The above facts and differences can go on, but choosing the correct backend language for web development mainly depends on your business requirements and for more help, contact the best PHP developer in South Africa.